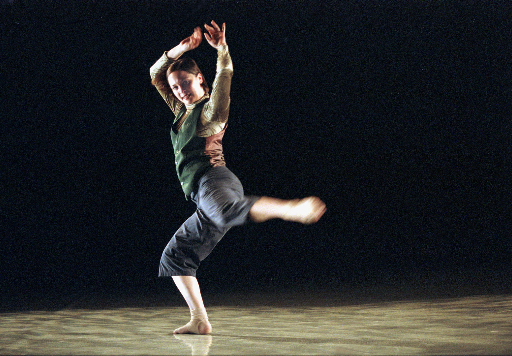 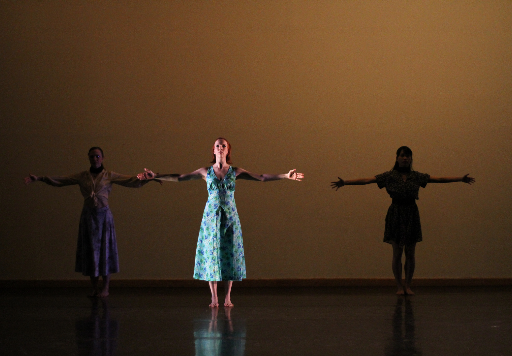 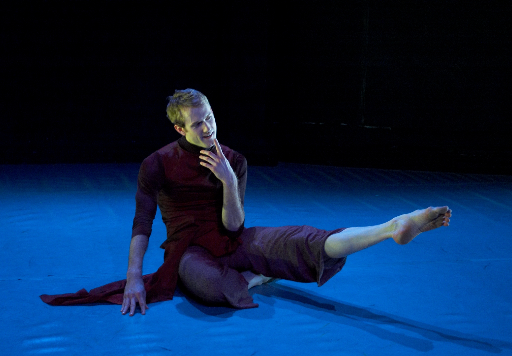 Choreography and Productions by Jonathan Riedel

To watch selected works visit our You Tube Channel. 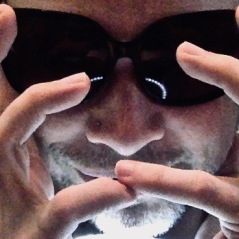 The Original Cast Album is available on all major streaming services.

Synopsis: Jackson Crash is an intimate portrait of a queer young man struggling with the repercussions of a lifetime of condemnation for the sin of being different.  Emotionally abused by his parents and relegated to the margins, he searches for a safe, resonating environment where he can learn to accept himself.

His attempts to navigate the social norms of his school and hometown are met with bullying, vilification, and contempt.

Pinpricks of light in the form of a special friendship, songwriting, and a passion for driving penetrate his darkness.  Penelope, a classmate with a similar quirky, artistic sensibility, becomes his cheerleader.  Driving for hours on end and blasting his favorite music provide a badly needed sense of freedom and solace.  His complex emotions find their only expression through his songwriting.

Fleeing his hometown hell for the lure of the big city, Jackson finds his tribe of “fellow freaks,” creative, idiosyncratic, flamboyant denizens of New York’s downtown nightlife.  He dreams of owning his own nightclub that will welcome the entire gamut of personalities, creative expression and sexual preferences.

Meanwhile, he supports himself as a cab driver.  A chance encounter in his taxi with Gigi, a tempestuous siren, launches a seismic shift in Jackson’s life.  Spontaneous and adventurous, Gigi quickly becomes an irresistible lure.  Jackson revels in her wildness and loose boundaries --  and marries her on a whim.

When Gigi cajoles Jackson into starting a family, quitting his job and becoming a stay-at-home dad, the walls quickly start closing in.  He feels his emerging sense of self and nascent social acceptance start slipping away.  Overwhelmed and panicked, Jackson takes a job with a trucking company.

Hitting the road enables him to experience a sense of freedom, power and camaraderie with an unusual cadre of fellow truckers.  His self-confidence and sense of value grow along with his rise in popularity with the trucking crowd.

But Jackson’s exuberance shades into delusions of grandeur --  and risky sexual behavior.  His panic attacks intensify.  He feels possessed by dangerous forces that threaten to drag him into the depths of his own private hell.

At Penelope’s urging, Jackson seeks help from a variety of sources.  Feeling more grounded, he tries to repair his relationships with his family --  but soon finds himself back on the road.

Here, Jackson meets another sensitive, artistic soul, Adam, who becomes the third major relationship in Jackson’s life.  Their clandestine time together is a tender, life-affirming experience.  But tragedy strikes in the form of the bigoted desecration of Jackson’s truck and a horrific homophobic attack on the men. Time and space condense; all the fear, impotence, rage and shame ignited by these hate crimes resurrect the trauma of Jackson’s childhood abuse.

As his psychological symptoms worsen, Jackson reaches out to his dying mother.  Her cruelty is shocking and devastating.  As Jackson unravels further, he instinctively contacts Penelope for help, looking to her as the only person who has ever really understood, embraced and loved him. But as he approaches the diner where they agree to meet, Jackson becomes convinced that he is beyond damaged and will wind up destroying her.

Speeding away, he lets go of the wheel.

Miraculously surviving the truck accident, Jackson manages to get back to the diner, frantically searching for Penelope.  He is shocked to lock eyes with an apparition who he eventually realizes is his wife, Gigi.  In her arms he finds forgiveness, acceptance, resonance --  and an earth-bound, messy, real-life love.

While working in his new job in a local high school, Jackson realizes how many kids experience the all-too-familiar shame and loneliness of rejection.  With a new-found sense of purpose, he commits himself to connecting these marginalized kids with each other.

Jackson transforms his original dream of owning a nightclub into founding a community-based club that enables all kinds of kids to find friends with similar sensibilities and feel accepted for who they are. And by providing a safe, nurturing space where kids can be authentic, Jackson is finally able to embrace his own “inner freak.” 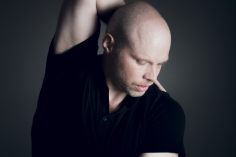 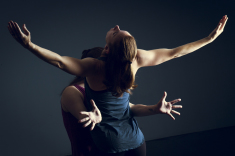 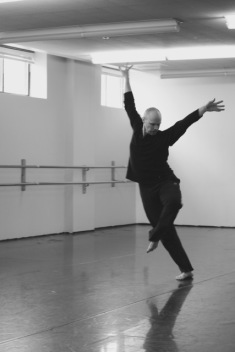 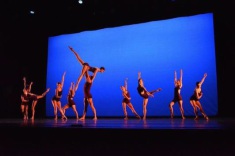 Hollow Bones (2014) The Purchase Dance Company - an exhuberant, lush, abstract work for 20 dancers performed to  Hayden's String Quartet #4 in B flat.  The piece was inspired by images of skeletal birds. 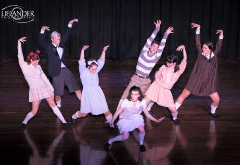 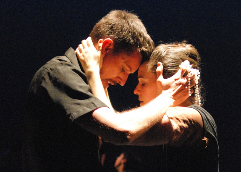 In Violent Circles: The Rite of Spring (2011, 2013) Riedel Dance Theater - in this take on The Rite of Spring, Riedel tells the story of a family ripped apart by a violent crime and the desperate acts they take to find justice. Set to Igor Stravinsky's infamous score. 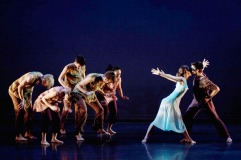 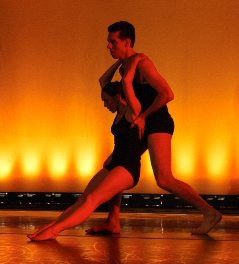 Verdant Fire, mvmt. 3 (2010) Riedel Dance Theater - the next installment of Verdant Fire. This time, a quartet - rhythmic, formal, and kenetic - as the group runs one solo figure through a gauntlet of movement tasks and rituals.  Music by Mozart. 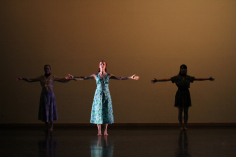 A Ghost Story (2010) Purchase MFA - a dance theater piece inspired by classic and new ghost stories.  Murder, dreams, motherhood, and innocence weave through a chilling environment and a haunting conclusion. Set to music by Morten Feldman. 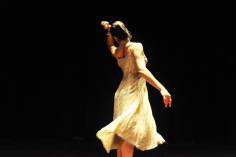 Lemon Grove (2010) - this solo, made for RDT's Associate Director, Lisa McBride, is a frothy blend of ballet, folk, and modern dance.  The piece explores the bittersweet delight of young romance and treasured memories. 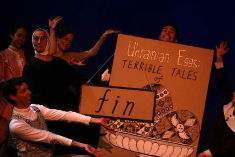 Ukrainian Eggs: Terrible Tales of Tragedy and AlleGorey (2009) Riedel Dance Theater - The complete collection of Riedel dances inspired by the delightfully macabre illustrations and books of Edward Gorey - with new stories, segues, and outrageous moments woven in.  The program is an hour long and recommended for all ages.  Music by Grieg, Mozart, Satie, and Saint-Saens.

Queen of the Hive (2009) Agnes Scott College - A dark complement to "Of Apes and Angels."  Acts of deceit and betrayal unfold as six women dart, fling, and bound about the stage.  Music by Vivaldi. 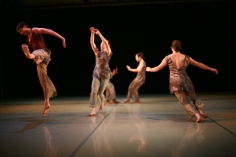 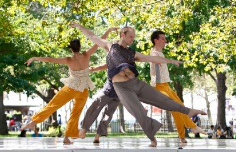 Out of the Silent Planet (2007)  The Yard - a dance for four couples (1 male, 3 female,) set to Debussy's String Quartet and inspired by images and themes from C. S. Lewis' Space Trilogy. 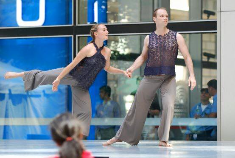 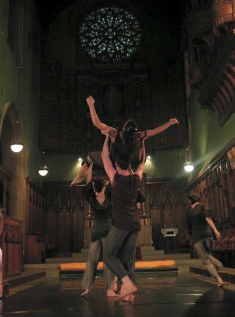 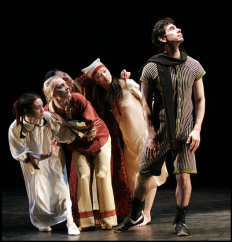 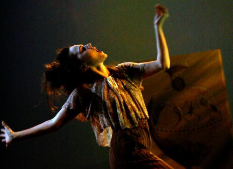 Ian's Big Day (2005) Purchase Dance Corps - a comedic, action packed, coming of age story depicting a young boy's harrowing first day at a new school.  As we move between the child's reality and his imagination, the scenes shift from a John Hughes style to that of the James Bond films. 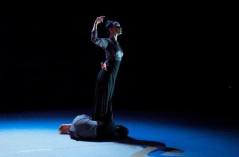 Inferno (2004) Riedel Dance Theater - part one of a trilogy based on Dante Alighieri's La Divina Commedia.  This work is a suite of solos and duets set to Nocturnes by Frederic Chopin.  They include "The Angel" and "Circle of the Root" which were performed by the Limón Dance Company in 2005, and also "Circle of the Crown" and "Circle of the Navel" created later in 2006. 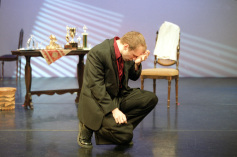 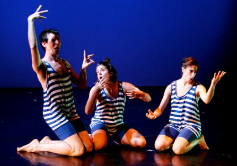 The Upcher's Warbler (2003) Riedel Dance Theater - another instalment of the Edward Gorey cannon.  Three short stories set to Satie's Nocturnes I-III and inspired by The Pious Infant, Story for Sara, and The Deranged Cousins. 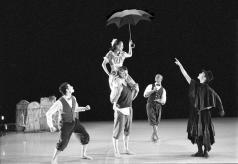 The Unsightful Nanny (2002) Limón Dance Company - the first of the Gorey Cannon.  Music by Camille Saint-Seans.  Inspired by The Gashlycrumb Tinies. 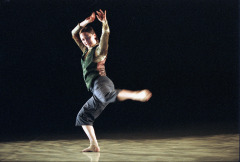 Under My Skin (1999) Limón Dancer's Choreography Project - a sarcastic and colorful look at romance; music by Louis Prima. 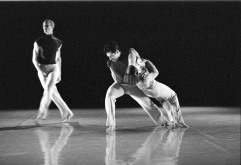 Nella Voce dello Castrato (1996) Independant Solo - a dance exploring androgyny and the pain of beauty, inspired by the film Farinelli.